Are you one of them?

Should You Get an Attorney?

California’s EDD fails to deliver benefits to hundreds of thousands of qualified claimants each year. For this reason, we built a team of experienced unemployment benefits lawyers to advocate for you. If you disagree with an EDD decision concerning your unemployment claim you have a right to file an appeal. Since your claim can amount to thousands and sometimes tens of thousands of dollars, you want to consider whether you should hire an attorney. Call us today for a free consultation to learn more.

Don’t take it from us.
hear our clients 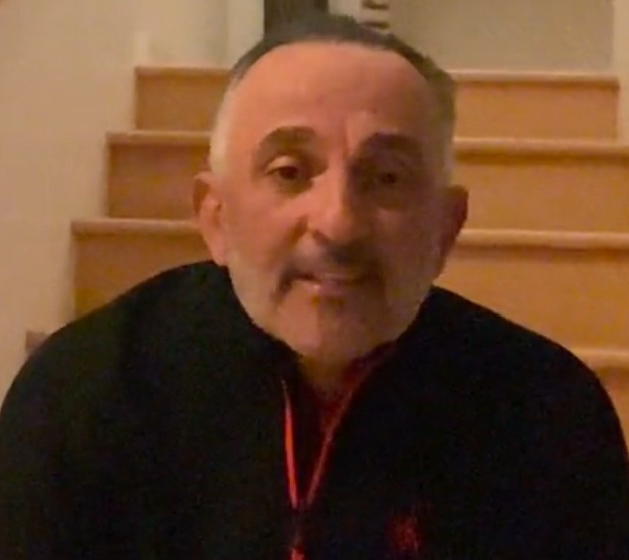 Don’t take it from us.
hear our clients

What can I say. These guys did an incredible job […]

What can I say. These guys did an incredible job getting my unemployment insurance. The odds were against me in getting my insurance approved since it was appealed but that is why I contacted this firm. They had a plan in place, we had the hearing and it went very well. In closing I ended up the winner. Totally worth it. Cheers and thanks again.

I know this may be a late review but anywho […]

I know this may be a late review but anywho better late than never. All I have to say about this law firm is absolutely outstanding!!! There is really no words to describe how awesome these people are. They helped me out every step of they way!!! All the reviews I read before I worked with them were 100% and more on point. They helped me out of a debt by the edd that was not even a legitimate debt that I owed. Let’s just say it was close to $20,000.00 debt that the edd stated I owed for what they say I was overpaid. With their outstanding and awesome work, I now don’t owe anything and that dark cloud has gone away. If you need any help regarding any edd or employment legal issues go straight to this law firm and no one else!!! I promise you, you will not and I mean not regret it!!! If I could give them more than 5 stars I would probably give them unlimited stars just for the good work they do!!! Thank you guys so much for making my life worry free and a lot lighter!!! You guys are awesome!!!°

Awesome experience all the way through beginning to end. I […]

Awesome experience all the way through beginning to end. I didn’t realize how complicated an unemployment hearing could get, my file started small and grew to a big mess. Very grateful for pershing square. Remember you have to speak to a judge face to face and today law is filled with so much gobbledygook you can easily say the wrong thing.

My attorney Charlie really has a passion for what he does, he cares about clients, really understood my frustration( EDD are incompetent!) and helped coach me on how to handle things and understand the law in regards to UI. He called me days before to prep me, the morning of to prep me and they are even present via conference call during the actual hearing. I really dont know what would have happened without him.
Needless to say we got every item overturned!
If youre like me youre worried about spending money to hire a lawyer when you have no income and EDD denied you any hope…I get it…But to me what seemed like a small error from EDD became a large file for the judge, theyre crazy over there! If I didnt hire an attorney I wouldnt have even known!

As far as attorneys fees go they offered me more than a fair deal. I’m actually genuinely surprised at how affordable and flexible they are. Even more surprised that I feel I got MORE than my moneys worth. A rare group indeed.

If I could 10 stars I would. Pershing is amazing. When I presented my case to them back in October their exact words were “It is a long shot to get EDD to dismiss your case, but we will try”. This issue I sought out for their help was about 9 years old. I thought all hope was lost and I would be stuck with an over-payment that I felt was done in error. I had been trying for about 6 years to figure it out myself. I sought out some legal help and the advice they gave me was “Well, looks like you will have to file bankruptcy”. I was almost ready to pull the trigger on that option, but I decided to do a google search for an EDD law firm, Pershing Law was one of the first ones on the top of the list. I decided to call them just to see what they could do. I talked with Charlie about my dilemma and he assured me that they have seen worse and that they would be able to help. They took it over from there and got all the information from EDD and constantly kept me informed of what was going on. When I received paperwork in the mail from EDD I would call them up and they would talk me off the ledge and say “It’s OK, this is what that means”. When I would panic, they wouldn’t. They were always easily reachable by phone and would call back if I left a message.
Since I work out of town, they arranged for my hearing to be by telephone which was convenient for me since I work full-time and out of town during the week. The night before the hearing, both Aasff and Charlie called me and walked me through the process of the hearing and helped me frame my thoughts and what I needed to say (100% truth….no lying), TAKE NOTES….PLEASE. The day of the hearing, Charlie called me about 20 mins before and walked me through what was going to take place and refresh my memory of the night before conversation. Then the trial started and it took about 20 mins. to read all the evidence into record and then the judge started asking me questions…….just like Pershing Law told me the judge was going too. I answered truthfully and with passion. The hearing lasted about 30 mins. and I was nervous the whole time….but knowing Charlie was on the line assured me that it would be OK.
Charlie told me before the hearing that “We are going to swing for the fences and see what happens”. I was just hoping to get the 30% reduced and then make payment arrangements to EDD for the rest of the amount I thought I owed. Pershing Law always always always was straight with me and never promised me any result other than telling me that they will probably be able to get the 30% interest waived.
I received a call from Pershing law 4 days after the hearing and they were in receipt of the decision. Their first words were “Keith, we not only hit a homerun, but a grand slam out of the park bases loaded bottom of the ninth tied ball game with 2 outs in game 7 of the world series”. Not only my 30% fees waived, what money that EDD said I owed (over $23,000) was waived. I had to ask them 2 or 3 times “I don’t owe anything….nothing, zip, zilch nada”. They said exactly and in fact they told me that EDD might owe me 5 weeks of pay….but if that doesn’t happen, I won’t complain. This has been the biggest rock on my shoulders for 9 years. I had many sleepless nights and there was a judgement on my credit report which would have prevent my wife and I from purchasing a house in the future…..not anymore.
Pershing is amazing. My advice…..listen to their advice and if you don’t understand something, ask them to explain in layman’s terms…..and they will. I will always recommend their services to anyone that asks

UPDATE: About a month after the decision, EDD called me and they refunded the $23,000 they had withheld. We were able to pay off some medical bills for our medically ill daughter.

Great lawyers! Got my unemployment appeal won!! Just know UNEMPLOYMENT TAKES FOREVER! So if you don’t hear from your lawyer it’s probably because they are waiting for unemployment to get there s#$t together.

What Are Unemployment and PUA Benefits and Why Would You Get Denied?

The EDD decided you are not unemployed as a direct result of COVID-19.

The EDD held you disqualified based on an issue in a prior claim, such as false statement weeks.

The EDD does not recognize all the income in your base period, causing a lower computation of benefits.

The EDD determined you were terminated for misconduct.

Denial on procedural grounds, such an unverified ID, lateness or errors in your application for benefits.

Refusal to backdate the effective date of your claim to an earlier date.

The EDD incorrectly computed your eligibility and refuses to pay the correct Weekly Benefit Amount.

The EDD determined you voluntarily quit your job Your employer has appealed your eligibility.

Call for a free consultation with one of our attorneys today.

You can share your documents with our entire team using your phone camera to upload multi-page documents directly to your file. If your document is time sensitive our team will be prompted to take action.

Don’t know what documents to send us? Our app will tell you the name of the documents we need. You can flip through sample documents to match them with what you have in your records.

Through our app you will be notified each time you have a new correspondence. Easy document sharing is imperative to a successfull collaboration.

Our app is capable of managing multiple cases. Simply and quickly move between your cases. The ‘Details’ page will show you the type of case you have. You can also quickly update your personal information and get key dates on the same page.

Work with our team to coordinate hearing dates and prep meetings with a click of a button.

Quickly inform our office if you already have a hearing date and get your prep meeting scheduled in one easy step.

Our system will notify you when and what documents we need to proceed forward with your case. You can then quickly upload those documents using your phone camera.

No percentages. You pay a single flat fee if and when you win.

You do not pay our fee unless and only when we win your case.

We have helped thousands of individuals like you regain their Unemployment Benefits.